Do air purifiers waste a lot of electricity?

Air purifiers as we all know has been one of the major breakthroughs of this recent times, keeping us away from free-floating contaminations (for a relatively low price) in the atmosphere, and in turn going to see the doctor lesser than we usually would. But with this great addition, comes the air purifier elecctricity bill which might be consider to be still discomforting by many air purifier consumers.

Air purifiers are required to run a lot, basically, a 24/7 operation because they have to be as useful as possible. All air purifiers make use of a fan that blows, with some more powerful than the others and the presence of a HEPA filter in most units making sure the fan has to blow enough at high speed, thereby consuming much more energy.

In order to clarify and shed more light into the working principle of air purifiers, and the amount of energy they consume, we have written this article to answer all your questions and give you an idea how much hike you should expect before buying that air purifier.

How much does it cost to run an air purifier?

Different types of air purifiers are rated depending on the size and its square feet area of coverage. Before purchasing a unit, always check the watt ratting, which is always indicated by the manufacturer. The higher the watt used, the higher the amount of electricity it would consume. The watt rating always determines the amount of electricity an air purifier would consume.

To estimate the value an air purifier would consume in bills; you can follow this simple method we have developed after researching. Please note that this would only give an estimated range for you to know how it could affect your bill, not precise value, and this method depends on the electricity distributor charge per kilowatt-hour (we would use an assumed amount, try to find yours from your electricity distributor).

At an electricity cost average of 15 cents per kilowatt-hour, then your bills would be around $12.96 in a month.

Accurately stating it, about $12.96 would be added to your electric bill per month. Some air purifiers, however, are energy star rated, meaning they are designed to maximize power, giving maximum output with low energy consumption (wattage input).

For example: how much electricity does a Honeywell air purifier use

The Honeywell 50250, for example, after the test was carried out, was measured to consume about 200 watts on the highest setting, 165 on medium and 103 on the lowest.

We would take the highest setting to explain how to do the calculation above correctly.

Note: these are assumed and estimated value, which is why we recommend you find out the correct values that apply to your air purifier. The result would also be an estimation of what your bills would look like, with no guarantees on precise costs.

Some air purifiers consumer are more powerful than others, and it is but not limited to features like the design and capacity of room it can serve. The following are responsible for power consumption in an air purifier.

Air purifiers around the world make use of several filter types depending on what it is built for and the manufacturer’s preference for that specific model. Generally, units that make use of the HEPA filter means that the fans used would have to blow more than a regular fan to force air through the tiny (smaller than regular filters) pores of the HEPA filter.

Most times, the larger the unit, the bigger the fan that would be used and the higher the power required to power the fan. An enormous fan always needs more energy to be run efficiently and could go a long way in adding to your electricity bills.

You wouldn’t expect an air purifier designed to be used in small confined spaces to consume as much energy as the ones for large spacious rooms, would you? Certainly not. Air purifiers for large sized rooms are mostly designed with giant fans and maybe a HEPA filter, which is in itself a guarantee that more energy would be consumed.

These lights are built into a unit to sterilize further the air that passes through the unit, as well as the internal parts of the unit itself. With this double protection comes an extra cost, which is in the value of more wattage consumed per kilowatt hour depending on the duration in which the ultraviolet light is used.

Every air purifier is designed with options that give the user a choice varying the fan speed between low, medium, and high. The significant difference in the action of this mode is the speed at which the fan rolls,  at the low speed the fan doesn’t move very fast. Therefore the machine doesn’t do much air purification, and at the highest setting it consumes the most power, and it is most efficient.

when air purifiers are used in the really contaminated ecological condition, they always have to work extra to meet the minimum expectation of air cleaning rate, meaning the fan would run faster. Hence more energy is consumed. Units with auto mode, I.e., ability to choose the speed at which it operates depending on the environmental condition.

Energy efficient air purifiers: a solution to much electricity bill 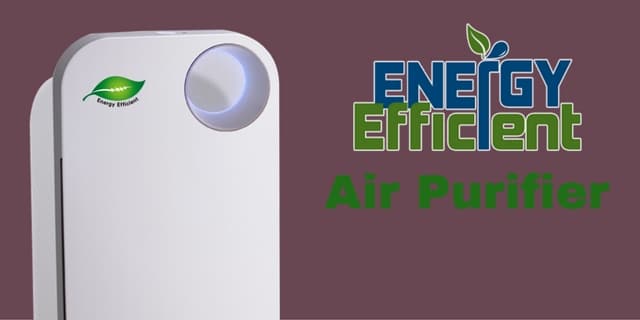 With all that has been said about the potential expensive rate of using an air purifier, the primary solution to both enjoying a clean environment alongside a fair electricity bill rate is going for an energy efficient air purifier that works. In this case, we would recommend you look to go an energy star certified product.

The energy star program’s fundamental responsibility is to test and then rate high-efficiency appliance that is most suitable for consumer choices.

These certified products are a more cost-effective option as well as being environmentally friendly, with tests that have recorded up to 40% more efficient than standard air cleaners, saving up to 225 kilowatts per hour across a year. This is a very wholesome amount because an average air purifier consumes about 550 kilowatts per hour in a year.

There are stringent rules and guidelines along with specifications that must be met for a unit to qualify to be rated energy star. Air purifiers are categorized under energy star based on the methods they employ in cleaning indoor air; they are:

For a product to qualify as energy rated, it must produce a minimum “50 clean air delivery rate (CADR) and a minimum efficiency performance requirement of 2.0 CADR/ watt (dust)”.

CADR is simply a measure of the amount if contaminant-free air that is delivered by a room air cleaner. There are several additional requirements that are listed by the EPA and EOD, which can be read up on their website.

There are several applications out there that could help you estimate how much value you would be saving when you decide to make use of an energy efficient air purifier; home selfe is an excellent example of one.

Air purifiers are generally an awesome addition to life, and although they might come with that little extra cost in the running, it is entirely worth your while, especially when there’s a presence of an energy star rated unit.

Energy star rated device offers a way to stay healthy while keeping your energy bills as low as possible, eliminating the primary concern of air purifiers being too expensive to run.