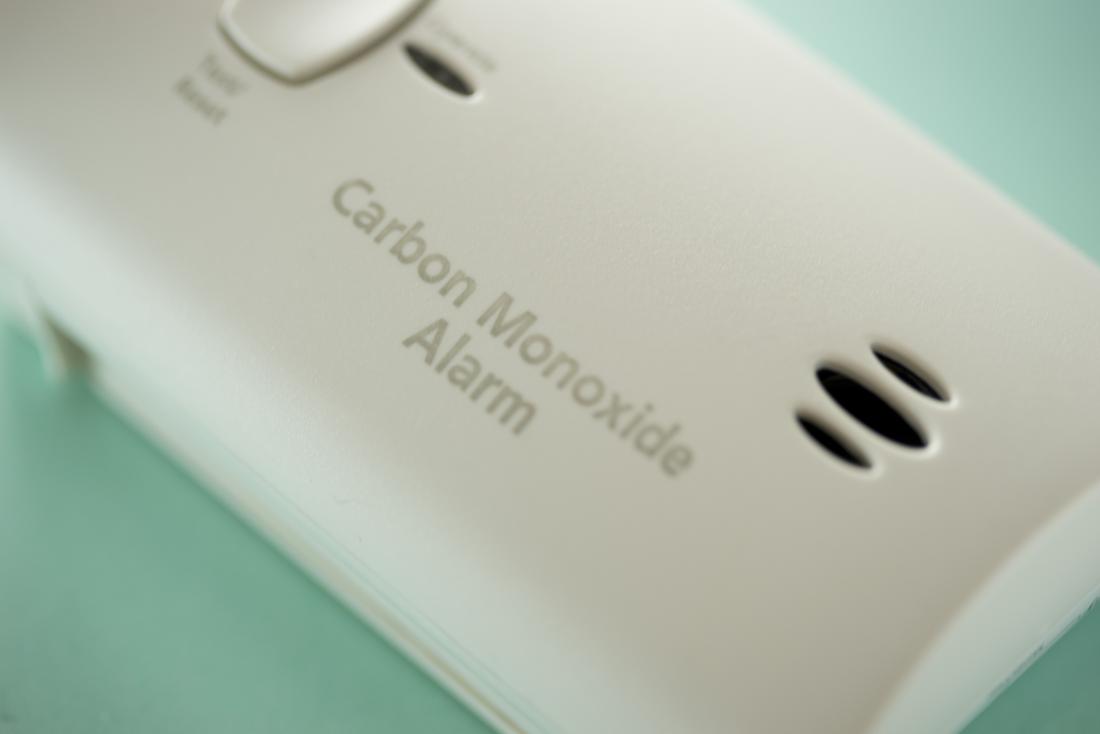 The production of carbon monoxide, a very poisonous gas, is as a result of incomplete combustion. Incomplete combustion occurs precisely like the normal combustion process, except that due to a few insufficiencies of proper elements required for combustion, it becomes incomplete. The outcome is a very poisonous gas residue, which, when inhaled at excessive levels, could result in a loss of consciousness, seizures, or even death. What appliances gives off carbon monoxide. You will find out in this article.

Combustion, as we know, occurs due to the coming together of air, fuel, and a heat source. When any of these is insufficient, most notably one of either air or fuel, the poisonous carbon monoxide is produced instead of carbon dioxide. This could also occur as a result of poor mixing of these properties, or environmental and atmospheric factors like insufficient residence in time, and poor temperature too.

The major problem is that this is a colorless and odorless gas, meaning there is a good chance that you don’t know when inhaling it, while it is very harmful to the body and generated by many home appliances today. Many are ignorant about how these appliances work, and just go about their lives, not knowing the daily risks it exposes them to. 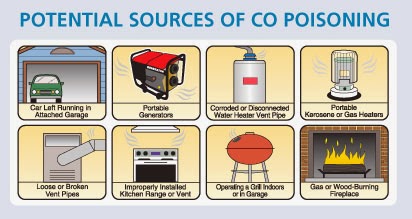 Amongst the list of home appliances that give off carbon monoxide, gas heaters/ furnace sits on the throne as the one with the most tendency for generating carbon monoxide by-product released in the home. Other appliances that also contribute to the general amount includes cloth dryers, water heaters, gas stoves, generators, lawn equipment, grills, wood or kerosene stove, etc.

The list of appliances that generate CO is pretty long, but do know that most of them that either burn fuel through engines or makes some form of heat from combustion are included. Though many of them are designed to operate safely, it is more of damage control, rather than preventing you from getting exposed in the first place. Also, their minute amounts can build up, and when inhaled over time, cause a problem.

Can a furnace leak carbon monoxide when turned off

Carbon monoxide is generated strictly as a result of incomplete combustion; therefore, when there is no combustion in the first place, there is zero chance of having any form of CO poisoning. This makes the turning-off of the furnace the ideal action to carry out on the discovery of CO leakage, which solves the problem most of the time. 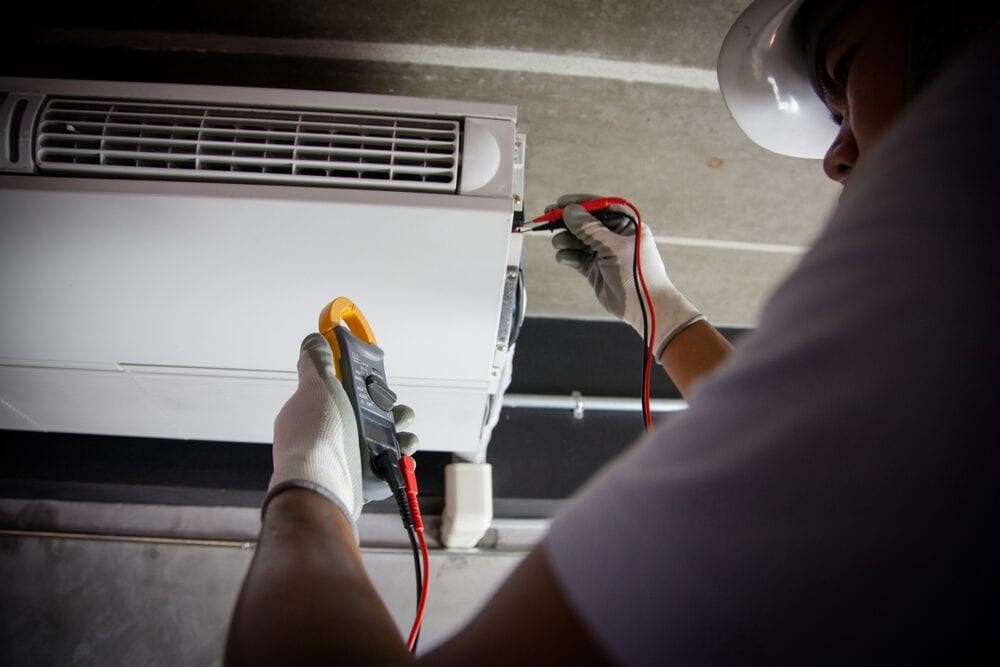 However, despite the furnace being in the off state, there remains a chance of CO poisoning, especially if the furnace vent is not properly vented.  In such a situation, the CO already generated can still continually leak into the home’s atmosphere, and there is also a situation whereby the furnace vent system can pull CO from other sources in the house (fireplace or water heater, for example), keeping you exposed.

Dealing with this problem should be more of a turnoff your furnace and every other appliance connected to the duct approach, to avoid poisoning despite the heater being off. In the real sense, it’s not the furnace leaking CO, but rather the duct, which was supposed to vent any by-products.

Carbon monoxide is harmful due to its ability to bind with hemoglobin, preventing the blood from carrying oxygen. Therefore if you need hemoglobin in one way or the other to survive, then you at risk of this attack. This category affects all humans and is also one of the reasons why carbon monoxide doesn’t precisely affect plants because of their photosynthetic nature of survival.

Inhaling this gas can lead to hypoxic injury, nervous system damages, and even death. From research carried out over time, exposure to an average of 100ppm or higher is dangerous to human health. Carbon monoxide could also cause a significantly shorter lifespan instead of doing a great deal of damage at an instance; it somewhat degrades the body’s health over time, causing organ damages, mostly the heart.

The effects of CO poisoning are mostly followed by the symptoms described as flu-like, commonly includes headaches, dizziness, weakness, vomiting, confusion, chest pain. However, when exposed in large quantities, it causes loss of consciousness, arrhythmias, seizures, and prolonged exposure, ultimately death. The symptoms experienced are directly linked to the length of exposure, as well as the gas’s concentration. 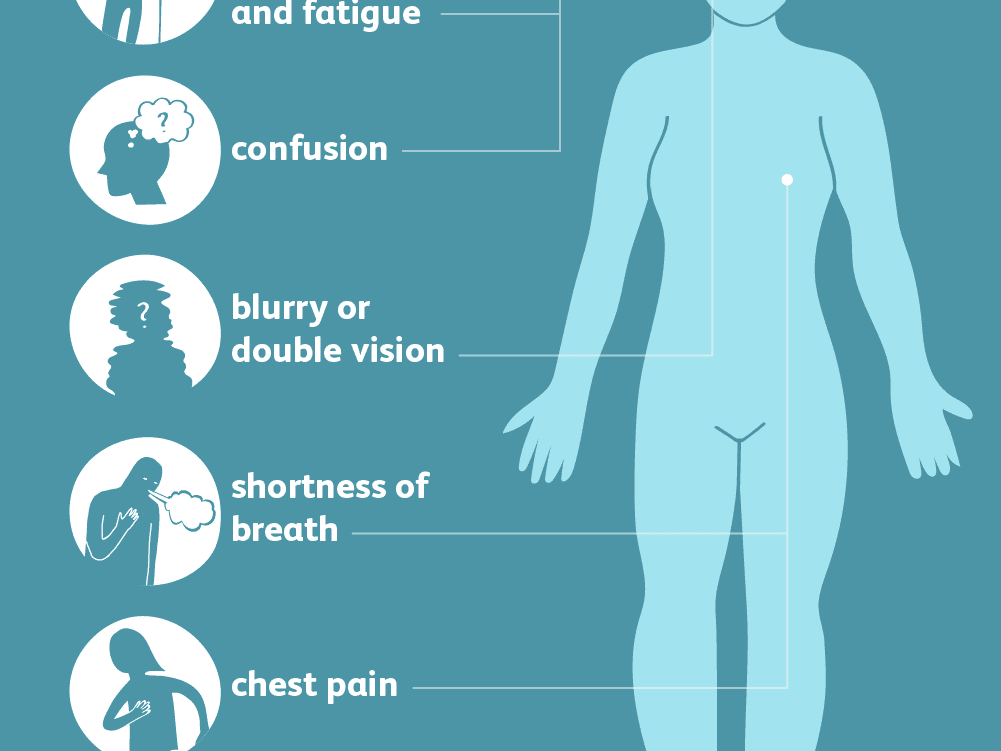 For concentrations at around 35ppm, symptoms like headaches and dizziness are felt within six to eight hours of prolonged exposure; this falls under the mild range. At 100ppm, the same impact hits, but in about two to three hours, with the inclusion of loss of judgment when levels get to 200ppm in the same time frame.

Exposure to 400ppm gives frontal headache within one to two hours, and 800ppm causes dizziness, nausea, and convulsion within 45minutes, and if not stopped two hours later, the person becomes insensible. Exposures higher than 1,600ppm cause death in less than 2 hours, with higher levels resulting in faster death.

Can you get carbon monoxide poisoning from oil heating

Still on what appliances gives off carbon monoxide. As far as combustion is involved in the process, there is always a risk of CO poisoning. This mostly is as a result of a malfunctioning heater, or the only one that isn’t adequately vented or with leakages in its vents. Virtually all heating systems from oil to propane, natural gas, fireplace gas appliances heating systems all release carbon monoxide as they burn, posing both health hazards, as well as fire too.

It is for this reason that proper maintenance is required, as well as servicing and checkups by a professional.

One of the primary reasons why many go for electric heaters today is due to the fact they create zero amount of carbon monoxide in their process of generating heat. Electric heaters produce heat strictly from electricity through different means and don’t need to create any form of combustion too because they do not burn fuel.

Though these numerous home appliances generally make life easier in more ways than one, when used carelessly, they could worsen health conditions. This is why regular checks and proper servicing is needed occasionally, to identify and fix cracks that tend to appear over time.

Also, keep in mind that it’s a piece of malfunctioning equipment that mostly generates or releases CO directly into the house environs, because many were not originally designed to work that way. Overall, you should check out the list of ozone free air purifiers to help with air cleansing.

Previous Post: « How Do You Know If You Need a Humidifier
Next Post: Are Dehumidifiers Safe To Leave On »