How long does a dehumidifier last when used every day?

Dehumidifier would last 3-5 Years when used and maintained appropriately.

Dehumidifiers are simple machines that are able to reduce the moisture content of any atmosphere it is placed in. They are able to effectively draw in the air (which harbours moisture content), forcing it through a condenser in order to convert this moisture to water droplets, which is then collected in a tank or drained to an external source. The humid free air is later released back into the atmosphere, and after the process is repeated over time, the relative humidity level of the environment drops.

The question of how effective dehumidifiers are, have being asked by many over the years, and if you fall in that category now, well, we are here to answer you. The effectiveness of a dehumidifier solely depends on the type of unit in question, but in general, a suitable dehumidifier used in its recommended space would effectively reduce your humidity level.

The major reason why some have complained about the ineffectiveness and short lifespan of a dehumidifiers are as a result of the wrong usage, while also considering environmental factors like temperature that comes into play.

Types of dehumidifiers and lifespan variation

The two major classifications of a dehumidifier are the refrigerant or refrigerator style and the desiccant type. Dehumidifiers can also be further classified under these two types into a portable, mini type or whole house units. They would all be discussed below.

These unit functions with the same working principles of a refrigerator, hence the name refrigerant type, and functions by condensing moisture from the air.

Moisture filled air is drawn into the unit, and forced over a cold evaporator coil wherein cooling takes place below its due point temperature, leading to condensation. The water can either be collected in a drain tank or let out directly through a pipe, and the dry air is pushed out.

This type of dehumidifier operates by making use of absorbent desiccant materials (mostly silica gels), by which moisture is absorbed directly from the atmosphere over time.

The more mechanical version works by drawing in air, passing it through a rotor containing the moisture absorbent desiccant material, and once the water is removed from the air, the dry air would be released back into the atmosphere.

The silica gel used in this case are mostly recyclable, i.e. when saturated, it can be dried by exposure to heat after which it becomes ready again to collect more moisture.

Generally, the refrigerant type has a fairly long lifespan, being able to last for years before finally giving up. Purchasing a good unit should get you at least a year of good performance, depending on the make and quality though, as some can last over five years.

The desiccant type, on the other hand, has a considerably larger lifespan when compared to the refrigerant as a result of the fewer moving parts resent in its system. The only major replacement you would have to battle regularly is the purchase of silica gel as soon as the existing ones expire.

Classification based on Size of dehumidifier

Being a portable dehumidifier has nothing to do with the manner in which it functions but rather with its size. Therefore a unit is said to be portable when although stationary; it is easily moved around the home depending on where it is needed.

This dehumidifiers are smaller sized than the portable type and can be carried around with you anywhere you go.

As the name implies, they are able to serve the whole home effectively, and are mostly mounted, unlike mini and portable type.

Factors that affect the life span of a dehumidifier

The major factor that comes into play, which affects the life span of a standard dehumidifier, is the frequency and duration of usage, as well as the level of maintenance.

When a unit is used every day all year round, you wouldn’t expect it to last for the same duration as another that works seasonally. Doing maintenance activities like cleaning and filter replacements regularly could give your unit a longer life span than not doing so.

How long should a dehumidifier run per day?

Since no random two room sizes and atmospheric condition can be exactly the same, you should, therefore, know that the duration in which you should run a dehumidifier is not fixed.

It depends on the atmospheric condition of the environment as well as the unit’s capacity, but in all, it is best you run your dehumidifier till the humidity content drops to a safe level, which is the whole point of getting a dehumidifier in the first place.

As soon the relative humidity level is down to a safe range, then you have the liberty of tweaking the settings of your unit till you get a perfect run time.

You can also choose to purchase a dehumidifier with an auto mode feature, which toggles through it’s on and off-state automatically, depending on atmospheric humidity levels. This can be energy inefficient though, being capable of significantly raising your energy bills, but ensures you only come to the unit when the tank is filled.

How long does it take a dehumidifier to work?

The duration necessary for a dehumidifier to effect a change in the environment is dependent on the capacity of the unit, as well as the size of the room in question.

When a unit is used in its recommended space, what comes into question then is the number of pints of water it is able to remove per day.

Some units have a higher pint per day removing capacity than others, hence enabling them to have a faster effect on the environment.

But to give an exact value, it might take 12-15 hours for a dehumidifier to work effectively

When should I turn off my dehumidifier? 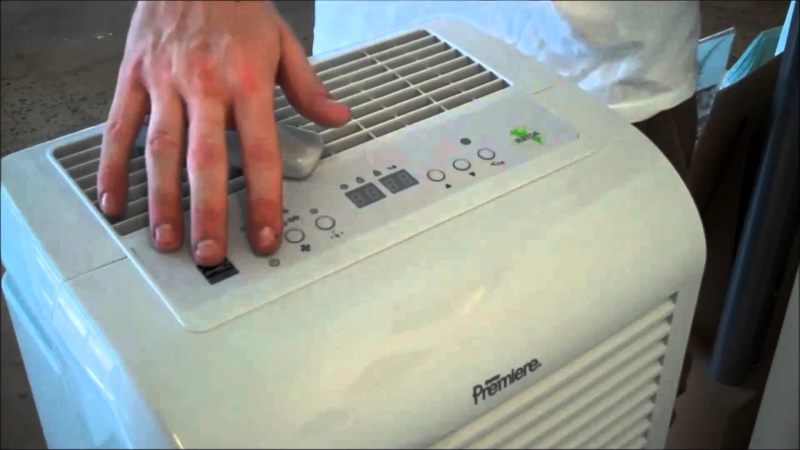 Although a dehumidifier is designed to remove moisture from the environment, hence dropping moisture levels to an acceptable range, and when left to run further, it can pull down moisture content further to a dangerously low percentage.

Low moisture content too isn’t healthy to live in, and you should carry out all monitoring possible in order to keep the levels from falling too low.

Though a dehumidifier useful for dropping humidity levels, it should also be used with efficient monitoring in order to avoid problems of completely dry air.

We would encourage you to go for the best dehumidifier with Humidistat, whose function is to sense the amount of water in the air. Once the air is getting abnormally dry, it stopped the dehumidification process without you having to do anything.

Can dehumidifiers be repaired once faulty? 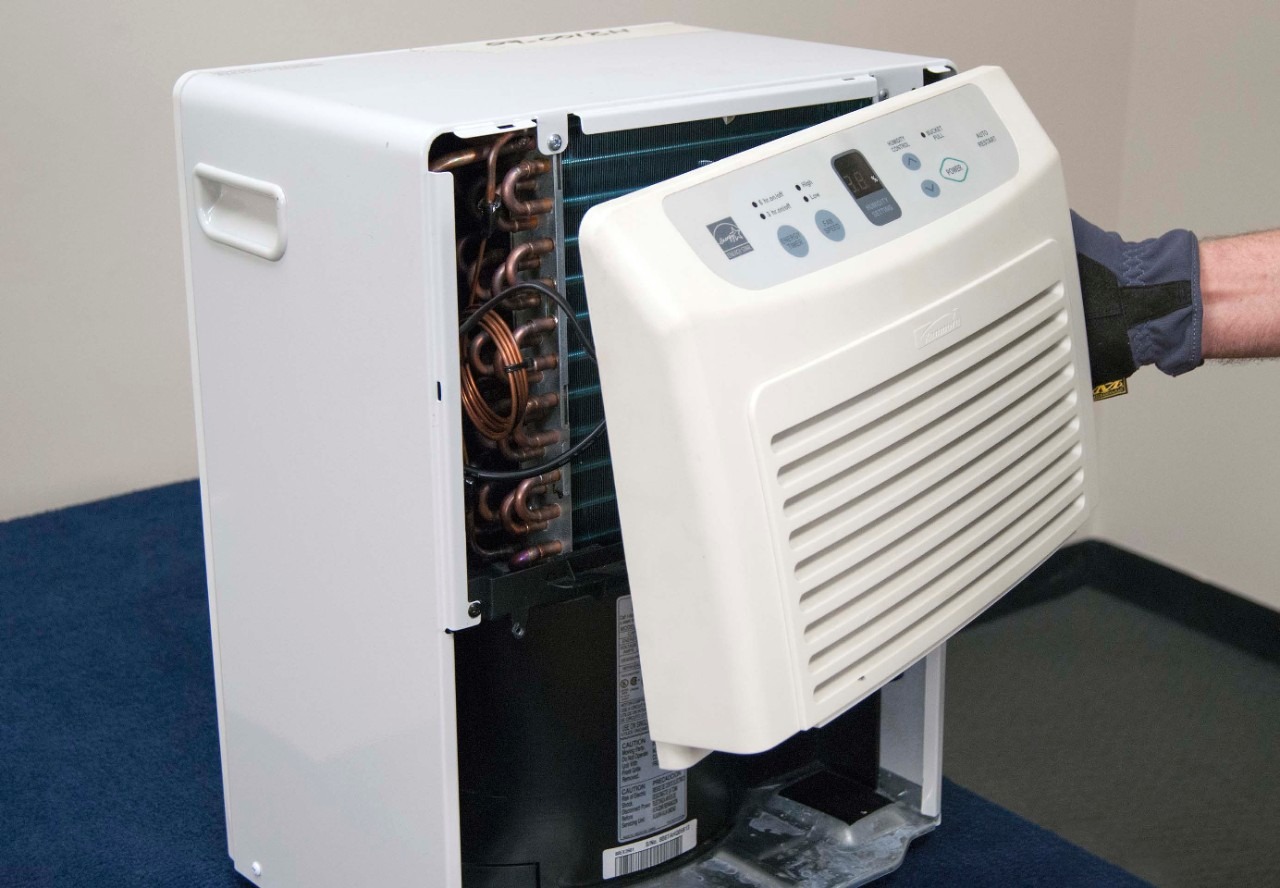 If for any reason your dehumidifier ceases to function, you should know that it is possible for it to be repaired depending on what type of fault occurred. Some can be easily sorted out using simple DIY (do it yourself approach), while others could require more technicality, hence professional hire. There is also a chance that the unit is spoilt beyond repair, and in such case, you should prepare to purchase a new one. Some of the problems you could encounter are;

The unit claims the bucket is full when it isn’t: in this case, though the bucket is empty, the full bucket light is on. Most times, the problem is around the float assembly, sensor assembly or directly with the float switch.

Dehumidifier doesn’t pull water from the air; when a unit comes on but fails to pull out any form of moisture from the environment (evident by no water accumulating in the tank), most times, it is as a result of a nonfunctional fan motor.

Unit won’t start; there are a whole lot of reasons why a dehumidifier could fail to start, which can be a fault from any of the float assembly, control board or the humidistat.

How do I know if my dehumidifier is working?

After following all the manufacturer’s instructions for unpacking and installations, when powered on, most dehumidifiers have an indicator light on the body to show that it has received power.

Another visible sign is the sound of the fan which generally circulates air, which for really quiet units is noticeable by putting your ears really close. You should be able to feel the air going in and coming out of the device too.

Although a device might tick all the boxes of the checks listed above, it is still possible that it comes on but doesn’t work. This kind of situation is easily noticeable by the fact that after quite a period of time, there would still be no water in the tank due to a lack of condensation.

If the device is on and working properly, then it should not only lit up its indicator light, or start its fan, but it should have a telling impact on the environment while filling up its tank.

Tips on maintaining a dehumidifier 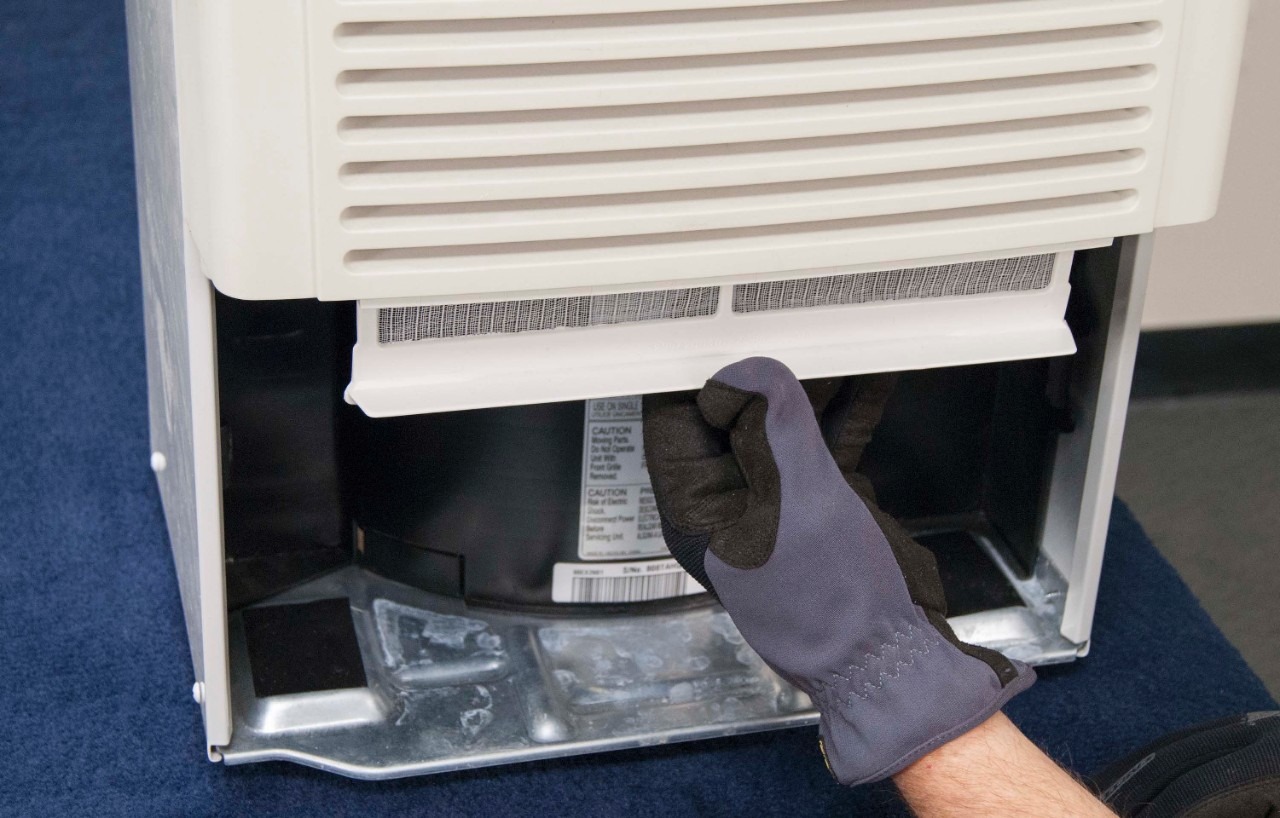 A humidistat is one of the most important components in a dehumidifier, and it is used to control the amount of moisture the unit is supposed to remove from the atmosphere. When a dehumidifier’s humidistat is set to work-on at a very low moisture level, it can cause the device to overwork, hence it could reduce the life span while creating a dry and uncomfortable environment with higher energy bills.

In order to maintain optimal performance, it is necessary you replace filters in the dehumidifier as at when due. This avoids contaminations getting back into the air, as well as reducing clogs that could make the unit work over harder to do its job, hence reducing its efficiency and life span.

Without frequent cleaning, your water tank can quickly become a breeding habitat for contaminants to live in, and if they find their way into the atmosphere of your home, it could quickly lead to illness and as well as respiratory problems.

Short cycle in the case is simply an act of immediately turning on and off the unit, within a short time frame. It is important you wait at least 10 minutes after turning off, before starting the unit again, as this time allows the pressure to equalize and prevent damage to the compressor. Short cycling could lead to overheating and eventual damage to the compressor.

Cool temperatures interfere with the normal functioning of a dehumidifier, especially during winter periods. If you discover that there is a malfunction, you should shut off the unit till the ice melts completely.

This is part of regular maintenance, as it is important you clean frequently with a brush that can access even the smallest areas, in order to clear blockages caused by dust and debris.

Dehumidifiers are important components to have in the home today, though they would need to be maintained accordingly for you to derive a maximum performance.

Every single act counts when making use of a dehumidifier, from the running duration to the period between start-up and short down as well as the humidistat settings, and if you want to enjoy one of these units, do well to stick to a maintenance routine. There is also a tough choice to make in the choice between that of a desiccant or refrigerant type.