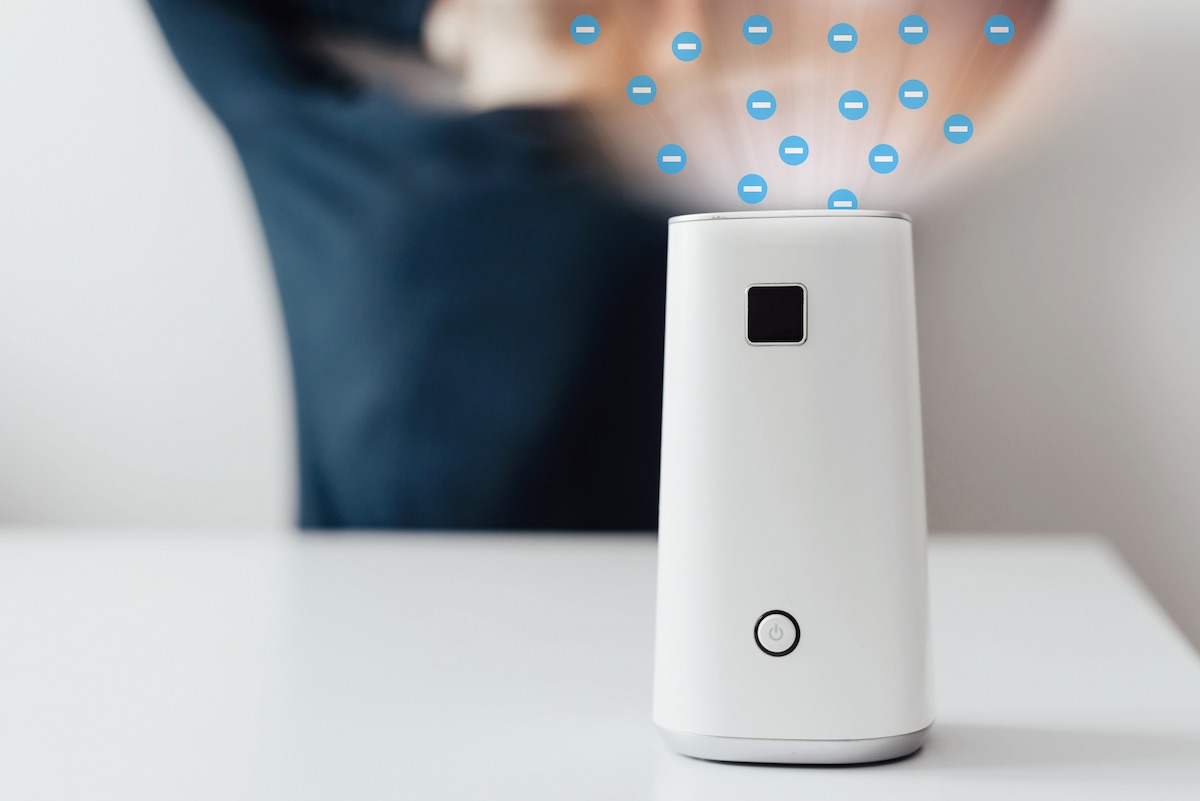 Indoor air quality is greatly connected to one’s health and well-being. People tend to spend a vast amount of time indoors. Clean air free of health-threatening contaminants can lead to a better quality of life and a lower risk of respiratory illnesses and other chronic conditions.

Toxins, dust, germs, and other airborne particles are the reasons for poor indoor quality as well as unwanted health effects. Luckily, there is a wonderful solution! It’s called an ionizer air purifier.

What is an Ionizer Air Purifier?

As the term implies, ionizers are devices that use ionization to purify the air. The primary purpose of an ionizer air purifier is to remove certain airborne particles like pollen, smoke, dust, and others using negative ions.

As the particles pass through the unit, an ionizer air purifier charges them. After the pollutants are charged, an electrostatic attraction appears on a set of metal plates.

So, an ionizer eliminates contaminants by collecting them inside the device, thus preventing unwanted airborne particles from remaining in the room.

How Does an Ionizer Air Purifier Work?

An ionizer air purifier works by emitting a constant stream of negatively charged ions into the air. After attaching to air molecules, these ions make them negatively charged, attracting nearby positively charged particles, which could be made up of dust, odors, and other allergens.

Ultimately, the joint union becomes so heavy to float in the air that it falls to the ground. This process entirely eliminates the pollutants from the room.

An ionizer air purifier comes in two types: an electrostatic precipitator and an ion generator. Both types differ in functions and features. Let’s check them out.

Electrostatic precipitator ionizer air purifiers use an electrical discharge called a corona to disperse charged ions into the air. This discharge is caused by the ionization of a fluid, such as air surrounding a conductor carrying a high voltage.

The ions released into the air will attach to airborne particles and eventually be collected into an oppositely charged flat plate.

An electrostatic precipitator is a superior type of ionizer air purifier due to the flat plates, which collect all the pollutants. One will only need to take these out of the system and wipe the collected dust or other particles from time to time.

Compared to electrostatic precipitators, ion generators don’t use collecting plates to disperse charged ions into the air. Ions are generated through UV lights or by corona discharge.

You may ask where the dirty particles eventually end up. As this system doesn’t provide for collecting pollutants inside the unit, the particles just stick to nearby surfaces. That means you’ll need to wipe down walls, tables, and other furnishings in the room with a damp cloth and vacuum the floors to entirely remove the contaminants.

What are the Benefits of an Ionizer Air Purifier? 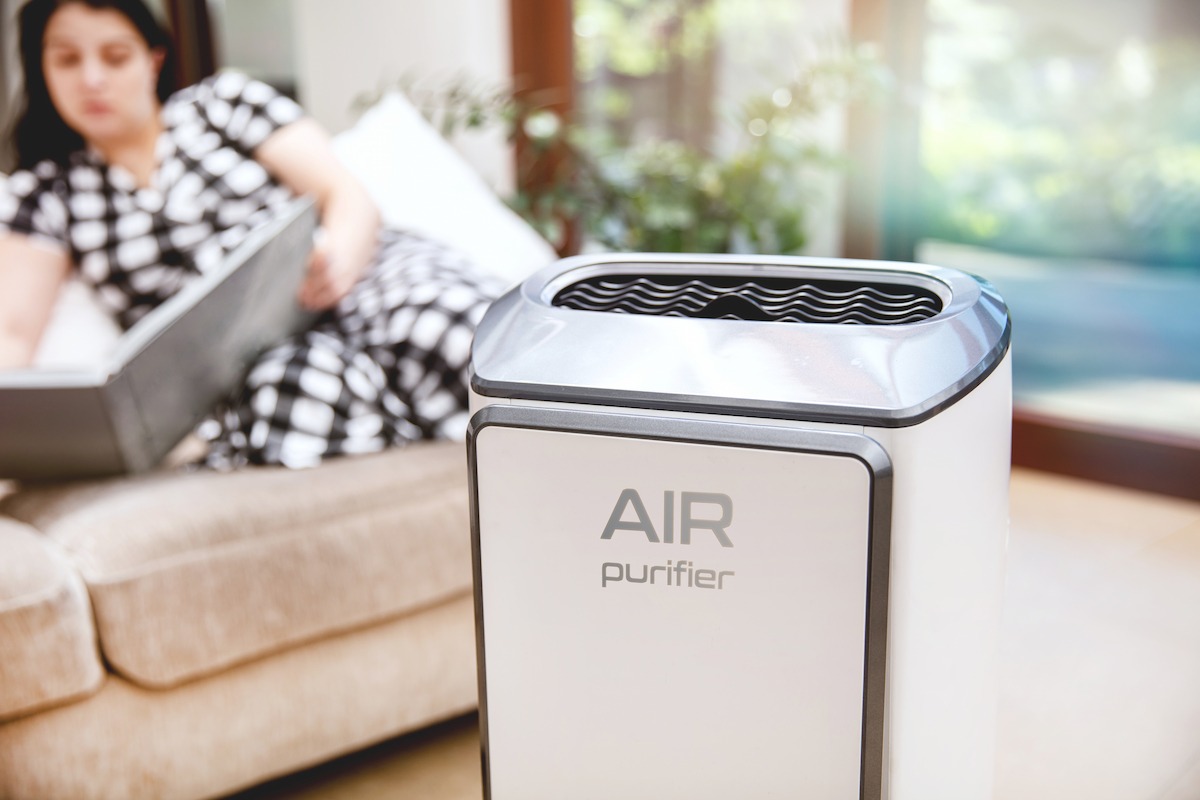 Due to the use of negative ions, ionizer air purifiers have a bunch of benefits.

Improved air quality is the number one benefit of an ionizer air purifier. The device keeps the indoor air in the best possible shape by removing mold spores, dust, allergens, pollen, pet dander, and other contaminants.

Several studies have been conducted to prove the positive effects of negative ions on overall well-being.

For instance, a 2012 Italian study has shown the benefits of negative ions in neuropsychological performance and treating mood disorders.

Also, according to a study from Columbia University, negative ions are as effective as antidepressants in relieving the symptoms of seasonal or chronic depression.

Unlike other air purifiers, which use filters to keep running, ionizers don’t require them. This makes the device relatively cheap and economical since you don’t have to spend extra costs frequently replacing these items.

An ionizer air purifier is highly-effective in eliminating bad odors. After passing through the electrical fields of the appliance, the contaminants’ structure gets changed.

Whether you have a cooking accident or live with a tobacco smoker, buying an ionizer air purifier is a great way to get rid of any smoky smells.

Due to the absence of motors or fans, an ionizer air purifier doesn’t produce any noise at all, making it perfect for adding to your bedroom to clean the air while you are sleeping.

What are the Dangers of an Ionizer Air Purifier?

Traditional ionizer air purifiers produce ozone, which is a powerful oxidizer. Ozone, especially if inhaled in large quantities, can damage your lungs.

If you or your family member is asthmatic, it’s not recommended to use this particular type of air purifier as it may trigger asthmatic attacks. 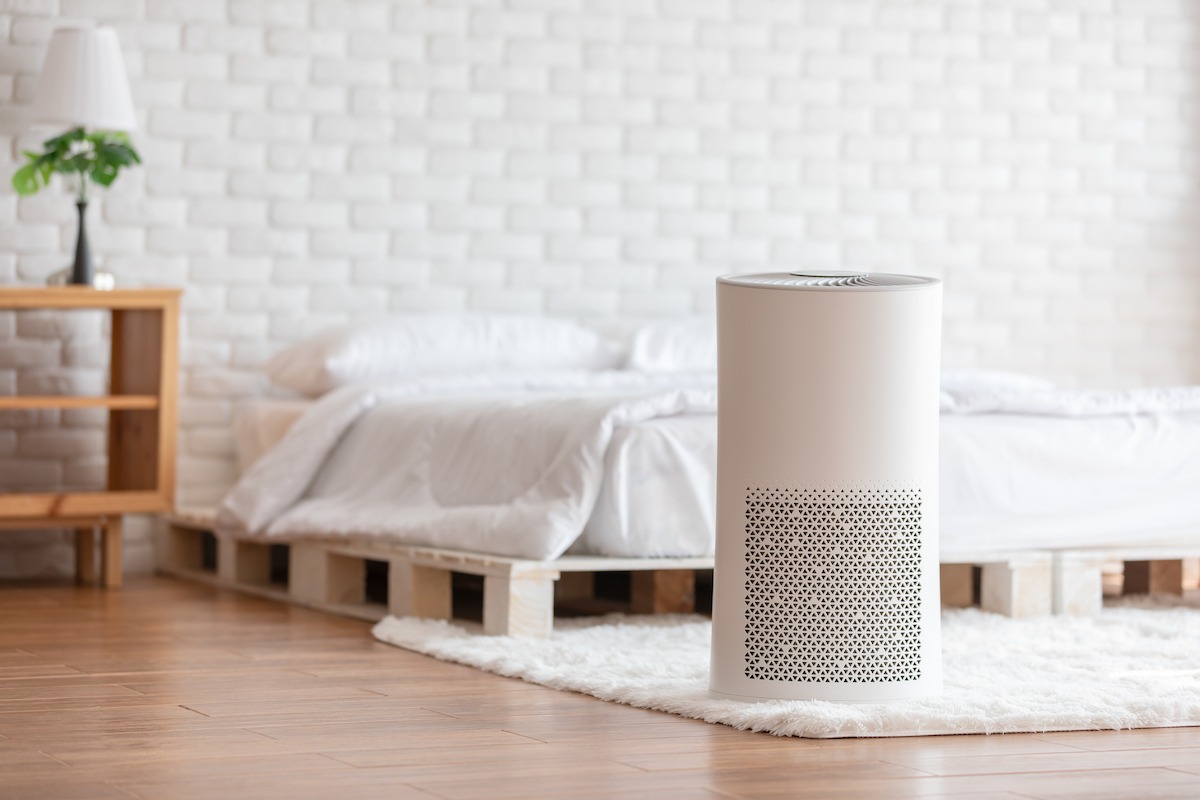 An ionizer air purifier is a great option to eliminate such airborne pollutants as toxins, dust, germs, pet dander, and smoke from your indoor environment, thus making a perfect indoor air shape.

Unlike other types of air purifiers, an ionizer works by emitting a constant stream of negatively charged ions into the air. The airborne particles are eventually collected into an oppositely charged flat plate if you use an electrostatic precipitator ionizer air purifier or stick to the nearby surfaces if you use an ion generator.

Together with its numerous benefits, which include improved air quality, better sleep, overall well-being, cost-effectiveness, and others mind that the device produces ozone, which is extremely harmful, especially for those suffering from asthma.