Paying attention to nacreous clouds in the stratosphere these are wave clouds found on the windward side of the mountain ranges that generate forces of gravity. These clouds have sheet-like arrangements that gradually rise and fall while extending amid the emerging waves. Besides, nacreous clouds are usually linked with extra-high surface breezes that show the occurrence of waves and air current in the stratosphere. Moreover, for them to form, they require an average temperature of -85 degrees centigrade. 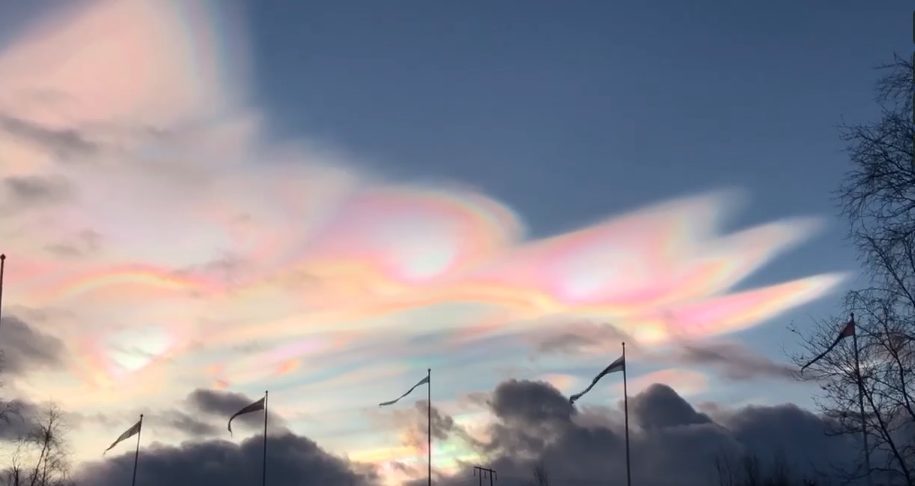 Usually, this temperature must be cooler than the average temperatures of the lower parts of the stratosphere and are accompanied by traces of ice ~10 micrometers across. Also, the clouds ought to have an identical dimension’s crystals to come up with bright rainbow-like colors through interference as well as diffraction. For that reason, the nacreous clouds from the nacre are simply the polar stratospheric clouds. They are also referred to as the mother of pearl according to their rainbow-like colors. Therefore, polar stratospheric clouds are found in the winter Arctic of the stratosphere.

These clouds usually form at steep altitudes ranging from fifteen to twenty-five kilometers above sea level. This can be translated as fifty thousand to about eighty thousand feet in height. For the polar stratospheric clouds to form the temperature must range between negative 78 degrees Celsius or simply -108 degrees Fahrenheit. This means that there is a time when temperatures in the lower side of the stratosphere become very cold especially during winter around the South or North pole. Hence, at this time the polar stratospheric clouds tend to form.

In the past, polar stratospheric clouds were considered as interests as well as of no actual significance. But then again, according to the recent scientific research done on Type one clouds, it is discovered that they are a site for risky destruction of stratospheric ozone on the Arctic as well as the Antarctic. Their surfaces speed up the conversion of gentle forms of artificial chlorine to some active open radicals. When spring comes these radicals ruin most ozone fragments.