The Ozone: What you need to know about the planetary blanket sheet that protects everyone from UV rays

From a microscopic speck living at the bottom of the ocean to the foundation of a planet’s shield from ultraviolet rays? The process looked pretty nifty, as it started over a billion years ago and that shield still works.

In the early stages of the Earth, these microscopic specks called blue-green algae (living in the ocean) began converting energy from the sun into food (glucose). Or in science-y terms, used photosynthesis to split H2O (water) and CO2 (carbon dioxide) molecules for recombination, forming organic compounds and molecular oxygen.

This newly created oxygen combined with organic carbon to recreate carbon dioxide molecules. Carbon dioxide decreased as oxygen in the atmosphere increased. A few of the oxygen(O2) molecules absorbed the Sun’s ultraviolet rays divided themselves to form single oxygen atoms. Combining once again with oxygen, to form ozone molecules. Ozone is a gas that consists of three oxygen molecules (O3), proving effective in absorbing UV radiation before it reaches the surface of the earth. 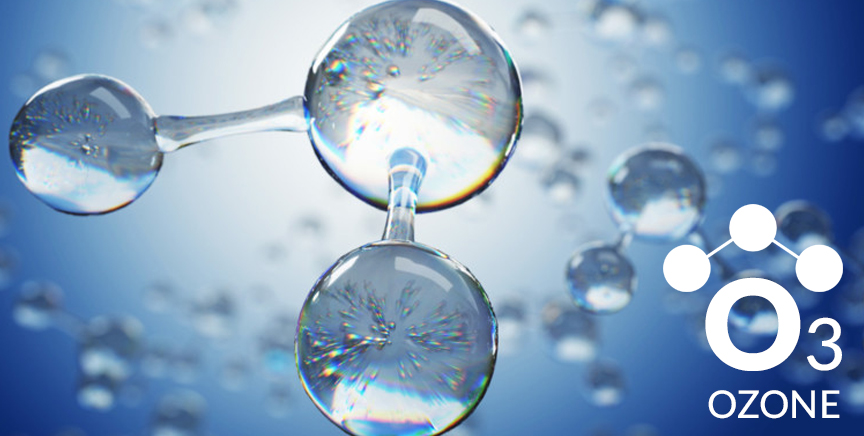 Some call a shield, others call a blanket. A thin sheet that protects the earth from harmful UV radiation. Playing a significant role in humanity’s existence, it is believed that the ozone layer has been formed 600 million years ago. Preceding this point in time, life on land was restricted as the Sun was somewhat a deadly laser. Oxygen level at this period was an estimated amount of 10% of its existing atmospheric concentration. Organisms lived in the ocean (made possible by oxygen). The appearance of ozone made it possible for organisms to evolve and gradually live on land.

Naturally, ozone is produced in the stratosphere. Whenever highly energetic ultraviolet radiation hits oxygen molecules, it dissociates them, separating O2 into different oxygen atoms. This process is called photolysis. Free atoms can recombine to form into molecules, but if a free oxygen atom collides with a molecule (O2), it forms O3. Ozone is repeatedly created and destroyed in the atmosphere by the UV rays coming from the sun. Ozone can also be generated artificially using a machine called ozone generator.

Most of which is formed where solar radiation is the greatest (the equatorial belt). The amount of stratospheric ozone varies in every location due to latitude and seasons. The highest ozone levels are found in Canada and Siberia while the lowest levels are found around the equator (reasons why these locations prove hotter than usual).

As said, the ozone is repeatedly created and destroyed. It is naturally broken down in the stratosphere. If per se, we check the ozone concentration of an unpolluted atmosphere, the amount being created and destroyed will be balanced and have a constant rate. At varying temperatures and pressures, production and destruction rates are different equals different concentration levels. Occasionally, high ozone concentrations are found in the lower stratosphere, estimated between 18 and 36 kilometers.

Ozone is found in two atmospheric layers, thus traces of ozone in the troposphere are unavoidable. The ground-level troposphere is produced when carbon monoxide (CO), nitrogen oxides (NOx), and volatile organic compounds (VOCs) react to sunlight. Examples of which are gases produced by burning charcoal or gasoline, combustion through cars, and aerosol sprays, which people use frequently. As a pollutant, this problem should not be confused with ozone depletion. While both are bad news, ground-level ozone can only either cause or worsen lung problems.

The ozone proves beneficial to all life. Still, in similar cases, too much of anything is bad. The natural creation of the ozone layer in the stratosphere is enough but through human effects, traces of it in the troposphere calls for moderation.