The Antarctic ozone hole was first discovered in 1985. As a result, a mechanism for international cooperation was established by the Vienna Convention and tasked with responsibilities of researching ozone layer and ozone-depleting chemicals and their effects. It is at the Vienna Convention where the Montreal Protocol on substances that deplete ozone layer was discussed and accepted by 24 countries. However, the European Economic Community did not accept it at this time but was later to sign it in September 1987. The Protocol appealed to all concerned parties to reduce the use of CFC’s among other ozone-depleting chemicals as they contribute to global warming. 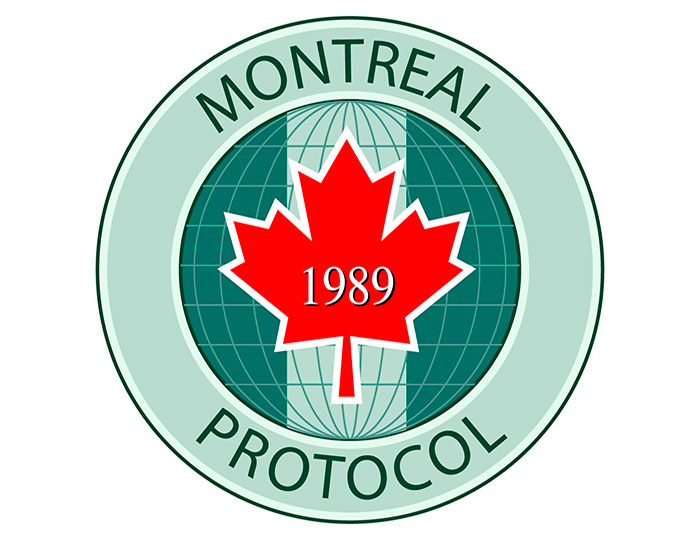 There were various meetings and which were organized to negotiate the acceptance of the Montreal Protocol. As a result, the protocol on the substance that depletes the ozone layer was accepted and signed on 16th September 1987. The signing of the agreement to protect the ozone layer took place at the International Civil Aviation Organization in Montreal headquarters. According to the Montreal Protocol, all the compounds that deplete the stratosphere ozone layer were to be phased out by 2000.

Some of the targeted ozone layers depletes includes chlorofluorocarbons, carbon tetrachloride, halons, and methyl chloroform. However, a deplete known as methyl chloroform was planned to be completely phased out by 2005 according to the protocol. The treaty aimed to protect the planet from global warming since the compounds deplete the stratospheric ozone layer damaging the ultra-violet radiation. Several theories and scientific studies confirm that if ozone depletes are not controlled the planet will suffer from global warming.

But how do these deplete contributes to the destruction of the ozone layer? Well, when human-made chlorines are released to the environment in the form of chlorofluorocarbons, chlorine reacts with the chemicals of the ozone layer, making it thin. As a result, it allows large quantities of harmful ultraviolet rays to reach the earth surface, destroying the planet. Ozone in the stratosphere is responsible for absorbing the sun’s harmful rays.
According to the Vienna Convention, the Montreal Protocol would include trade sanctions which would help achieve the desired goals of the treaty- which is to reduce the depletion of the ozone layer by the depletes. This was the first international environmental agreement. All the nations which were not part of the treaty were offered significant incentives to join and sign the deal. The treaty noted that individual countries could not address ozone layer depletion as it is a global phenomenon.

Therefore, to reduce its depletion, there was a need for countries to join each other to solve it at the global level effectively. Also, the treaty was good for innovative business to come up with other human-made chemicals that which has no serious adverse side effects to the ozone layer. Still, the deal offered economic incentives for all the countries that did not sign to decrease the production of useful chemicals.