What is the ozone layer? 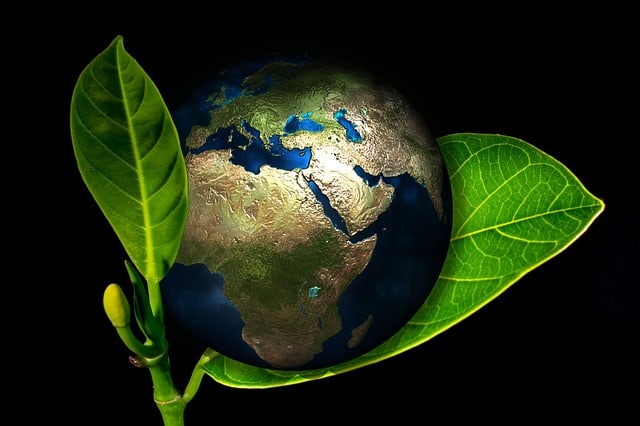 Causes of the ozone hole

The impact of this depletion has led to a lot of ultraviolet rays encountering the earth’s surface. Such rays have numerous impacts on the human population, plants, aquatic life, and other materials. The ozone layer plays an essential role in the environment, climatology, and biology; due to the depletion, these roles are negatively affected.

Plants have become the largest victims of the ozone layer depletion since they cover a wider earth surface compared to human and animals. They are also in direct contact with the rays, unlike animals and human beings who rely on shelters and plants to protect them from direct sun rays.

The ozone layer depletion has led to the extinction of about 30% of the major plant species that existed in the previous centuries. The direct sun rays have led to the alteration of climatic zones, conditions, and weather patterns that had previously supported certain plants’ growth. Plants that relied on heavy rainfall and low sun rays to grow can no longer grow since the ideal conditions for growth do no longer exist.

The UV rays have also increased the rate of evaporation and transpiration beyond the normal level. Excess rate of evaporation has led to the rapid depletion of moisture in the soil, thereby leading to a decreased amount of water that plants need for productivity, such as fruit development. Some plants have died due to insufficient water in the soil.

Changes in major plant structures such as leaves. As the intensity of UV rays increases, the sizes of plant leaves decrease while the thickness increase. Plants reduce the sizes of their leaves and increase the thickness to minimize evaporation and transpiration rate. The size of a plant leaf determines its productivity since it determines the plant’s ability to absorb gases necessary for respiration and reproduction. Reduced and thicker leaves mean a decline in plant productivity.

Increased UV rays have also led to an increased amount of lignin and tannins compound into the water, which reduces the penetration of sun rays into the water. The reduced rate of penetration hinders the photosynthesis process in water plants.

Impacts on human beings and animals

The impact of ozone layer depletion is felt by human beings on various aspects such as human health and economic activities.

Human beings have suffered more from ozone depletion compared to other organisms. The increased UV rays intensity and wavelengths have led to the rise of many diseases that were previously not existing. The world is currently experiencing a rise in the threat of cancer as more types of cancer rise in various regions globally. That’s why the use of portable ozone generators is highly recommended to increase the levels of ozone in indoor settings. One of the most common forms of cancer is skin cancer caused by increased UV rays that have direct impacts on the skin. Many cases of skin cancer arise in regions with high UV rays and fewer mediums to protect the inhabitants from the direct rays.

Increased UV rays have also led to increased cases of eye damage. For the optimal functioning of an eye, a certain amount of light is required since an excessive amount of UV rays can lead to chronic eye damage. The UV rays have impacts on the cornea, and constant exposure to the UV rays eventually leads to eye complications such as cataracts and clouding of the eye lens.

Other diseases are currently becoming detrimental, and the impacts are escalating compared to when they were first discovered. Some of these diseases include HIV AIDS, Leprosy, and tuberculosis, among others. Due to the increased impacts and effects of such diseases, the human lifespan is also declining.

Economic activities by human beings have also faced certain setbacks. The unstoppable forest fires fueled and caused by the extreme UV rays. Other companies like fossil fuel companies are at the risk of future collapse due to the world’s resolution to seek cleaner energy sources such as water, sunlight, and wind. Increased UV rays have also led to a rise in sea levels. This is caused by the increased melting of snow and ice in the regions located at the North Pole. Because of increased melting, excess water flows into the oceans, rivers, and lakes. The rise in water levels is the numerous floods in the plains, which have led to human displacement, destruction of transport systems, destruction of farms, and other economic activities. Finally, due to increased evaporation, many parts of the world are currently experiencing a water shortage. Inconsistent and unpredictable rainfalls and depletion of water storage in the underground rocks are the greatest cause of water shortages.

As the world draws nearer to the extreme intensity of the UV rays, corrective actions are necessary to overcome UV rays’ impacts. Solutions are available; however, it will take a while before the ozone layer is sealed again as it was previously. Some of these solutions will involve the greatest sacrifices in human history.
The solutions involve the elimination of fossil and nuclear fuels and replacing them with renewable and clean energy. Machines that previously relied on non-renewable energy should be re-engineered to use renewable energy. Massive forestation, vast lands have been cleared to allow for human settlement, and more will be cleared to accommodate the rising population. To achieve forestation, the world has to utilize every small and unused space available to plant trees. Meeting these solutions can be challenging since some raw materials like wood and fossil fuel are necessary for major activities in the world today. The decision to cover the ozone hole is worth it despite the impending consequences.