How Did the Ozone Hole Come About?

Chlorofluorocarbon (CFC) is a gaseous compound made of three elements, carbon, chlorine and fluorine (and sometimes hydrogen). Manufacturers have used this compound to make cleaning solvents, refrigerants, and aerosol propellants, in some cases, even plastic foams. A few common products include Freon and other refrigerants. However, in recent years, fewer manufacturers are using these compounds as some environmentalists believe it is a major cause of the ozone’s depletion and damage. 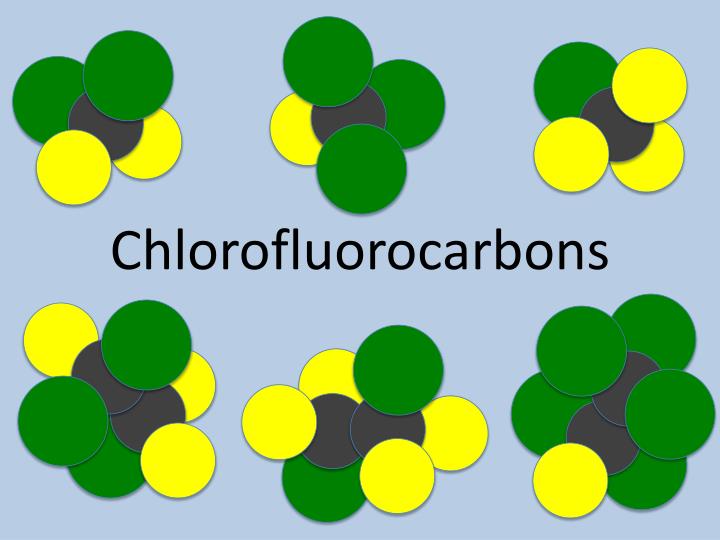 CFCs and their associated compounds were developed in the early 1900s as a non-toxic, non-flammable solution to other more dangerous products such as ammonia. Over the years, it became an important chemical product for refrigeration. However,, today it is used less frequently because CFC components, needed for refrigerators release chlorine into the atmosphere. The chlorine content can potentially destroy parts of the ozone when the right conditions appear. When the CFCs reach the ozone layer, ultraviolet radiation occurring at this altitude breaks down the compound and releases the chlorine. Experts now believe that under special circumstances this chlorine destroys parts of the ozone layer, a rarity that has been observed over Antarctica and as a result of this release, environmentalists have also seen an increase in ultraviolet radiation (causes damage to humans).

Because of these harmful effects, the production of many of these products ceased in the early 1990s. However, it is a compound still made in many countries for certain products. For instance, some aircraft products need the halon fire suppression system (needs CFCs) as there a no suitable product alternatives. Most manufacturers using CFCs recycle the compound through halon banks. This type of industry ensures that the discharge only occurs in an emergency and tries to conserve the product to keep it from harming the environment.

Because of the damage to the ozone layer, in the 1970s, scientists began researching to find alternatives to Chlorofluorocarbons. This research began when the first reports of stratospheric ozone damage happened. They found that hydrochlorofluorocarbons were not as stable in the lower atmosphere so they could be broken down before reaching the ozone layer. Even so, a certain amount of HCFCs do break down in the ozone layer and contribute to a significant chlorine buildup. Even so, current alternatives have a shorter lifetime in lower atmospheres. One of these compounds, HFC-134a is now used to replace CFC-12 in freon for automobile air conditioners. Hydrocarbon compounds are also viable alternatives for mobile air conditioning systems as they do very well in high temperatures. One of the natural refrigerants such as hydrocarbons mixed with Ammonia and Carbon Dioxide do not have a damaging effect on the environment and are used in commercial and private applications.

The History of CFC

Early refrigeration products from the late 19th century to the early 20th century used toxic gases like ammonia (NH3), methyl chloride (CH3CI), and sulfur dioxide (SO2). This sometimes caused fatalities from leakage of these products. This is the reason many people placed their refrigerator in the back yard. It was then that large refrigeration brands like Frigidaire, General Motors and DuPont began looking for a less dangerous refrigerant compound.

In 1928, two inventors, Thomas Midgley, Jr. and Charles Frankling Kettering invented Freon. This refrigerant was made with a few types of chlorofluorocarbons or CFCs. Freons are colorless, nonflammable, have no odor and offer a non-corrosive gas or liquid. They are a mix of aliphatic compounds with halogens, fluorine, and carbon. They represent a very stable product that could be placed in a spray container and was commercialized under the name of Freon. This invention came about as a safer alternative to an earlier sulfur dioxide and ammonia refrigerant that could easily become dangerous and flammable. The use of CFCs became very popular during the World War II era and was used by most car manufacturers and appliance makers.

These compounds offered a viable way of making refrigerant products that were non-flammable, and they were first created in the late 1920s and were marketed as a non-toxic, non-flammable refrigerant and were first marketed by the DuPont company. The first of the compounds were known as CFC-12. It contained one carbon and two chlorides with two fluorines CFC-11 or F-11 are halogenated hydrocarbons with dichlorodifluoromethane and were used as an aerosol spray propellants, refrigerants, foam blowing products and other similar solvents. They were used in many refrigerant or insulating processes because the were non-toxic and could easily be converted to a liquid or gas to be used later in vehicles and home products.

Chlorofluorocarbons are not toxic and not harmful to human beings. They contain carbon atoms, chlorine atoms and fluorine atoms. The main types of CFCs on the market are CFC-11, CFC-12, CFC-113, CFC-114 and CFC-115
Despite the nontoxic qualities of CFCs and its extremely low-risk factors towards human beings, these compounds do pose a serious threat to the environment. Studies conducted in the 1970s found that CFCs when released into the atmosphere ( a common occurrence in cars, and refrigerant equipment), they caused a significant deterioration of the ozone layer in the atmosphere. This is important because the ozone layer protects human skin and many living organisms from ultraviolet rays emitted from the sun.

CFC components have a life cycle in the atmosphere of up to 100 years. So one free chlorine atom coming from a CFC molecule can cause a huge amount of damage and destroy ozone molecules for many years. CFC emissions in developed nations have virtually stopped due to regulations, however the damage caused to the atmosphere by prior use will continue to allow ultraviolet rays to continue strong well into this century.

In the late 1970s, the Montreal Protocol was put into place as a means of seeking international cooperation to control the CFC use based on the Vienna Convention for the conservation of the Ozone layer. In 1978 The Montreal Protocol was adopted as a framework for international cooperation regarding CFC control on the basis of the Vienna Convention for the Protection of the Ozone Layer.