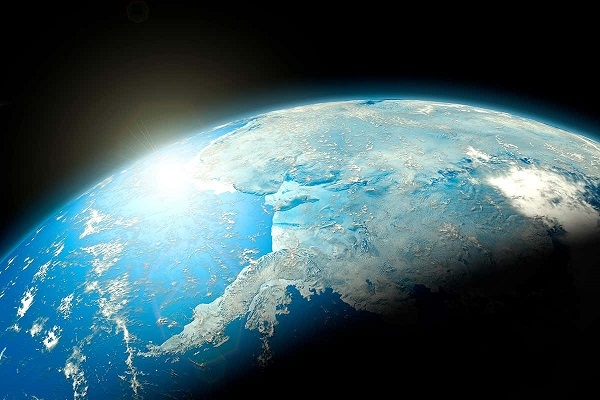 Our ozone layer is a part of our atmosphere. In the 80s scientists discovered that there was an ozone hole which exposed Antarctica. The problem with is that depletion of the ozone layer (ozone hole) enables UV light to penetrate the planet and lead to cataracts, skin cancer and other radiation related diseases. The Antarctic ozone hole exposes the South American side of Antarctica as well as Argentina, Chile, New Zealand, Australia and South Africa. The Antarctic ozone hole is approximately 2.3 million square miles. This effectively makes it larger than the US.

A professor by the name of Jonathan contacted a study which demonstrated that a gradual loss of the greenhouse effect and the ozone layer itself, has led to a decrease in temperature throughout the atmosphere which furthermore leads to ozone destruction.

He also proclaimed that throughout earth’s history, the atmosphere has been constantly changing. However, one of the most pronounced changes has been the fact that the ozone has been getting old. Once this occurs, particularly during the winter season, clouds can start to manifest themselves within the ozone layer. He proclaims this may be a key reason as to why the ozone is being depleted as chemistry which occurs within clouds can activate the chemical chlorine, which makes it more likely that the clouds are destroying the ozone layer as well.

In addition to that, he also proclaimed that within 2 decades the arctic ozone hole may very well be as large as the antarctic ozone hole. His word has not fallen on deaf hears as Joseph Farman, Jonathan Shanklin and Brian Gardiner where the first scientists who actually discovered the ozone hole located in Antarctica.

As mention before, cold temperatures caused by a runoff, of greenhouse gases mixed with chemical pollution humans create, leads to colder temperatures which leads to faster deterioration of the ozone layer due to the chemical action which occurs in cloud during cold temperatures. 20 years ago on May 2.

Scientists record atmospheric conditions within the Northern Hemisphere that was akin to that of the Antarctic. They insisted that the data dominates it could be the result of the formation of a low ozone event or Arctic Ozone hole as it’s commonly called. The problem with the arctic ozone hole in comparison to the Antarctic Ozone Hole is that tens of millions of animals, plants and will life will be directly exposed to radiation from UV rays. And as mentioned before, this leads to disruption in reproduction such as physical and mental disabilities at birth, strictly, cancer and the death of plant-life.

Ozone Holes Can Be Pushed By Winds

It’s important to note that the low ozone event, isn’t necessarily stationary and can be blown southwards as a result of winds which occur at high altitudes. This would lead it to spread to areas within Asia, Europe, Canada and the United States. What’s so alarming about ozone depletion is that it doesn’t require much to cause of devastating effects. Experts have theorized that a 10% reduction would lead to a 25% increase for certain kinds of cancer by the year 2050.

Our ozone layer which shields us from the rays of the sun may not be recovering as fast as experts initially predicted, according to a study which was published in the journal Science.

This is due to the fact that more and more stratospheric clouds would be forming directly within the North Pole, which as mentioned facilities ozone loss over the arctic. The stratosphere itself, consist of Earth’s atmosphere for about 9-2 miles from ground surface which approximately where the zone layer is located.

Experts proclaim that these types of cloud operate like a double whammy. First, these types of cloud provide the surfaces as to which eventually turn nonactive forms of chlorine to reactive ozone depleting forms. In addition to this they remove nitrogen from the atmosphere which operates as moderator to the debilitating impact of chlorine.

The arctic has gotten more humid and significantly colder. These two prime conditions are ideal for the formation of polar stratospheric clouds which play a major role in ozone destruction. Based off this fact,they predict that arctic clouds will last longer within the stratosphere, causing rapid depletion of the ozone layer.

Another study which was conducted by researchers who utilize data which come from NASA’s very own Atmosphere Research Satellite, demonstrated that polar stratospheric clouds were lasting twice as long within the antarctic in comparison to the arctic. However, the data also suggests that by 2010, the arctic may become more like Antarctica if the temperature drops another 7 degrees

Nitrogen is essential to the ozone layer as it helps to remove the damaging effects of activated chlorine. Arctic stratospheric clouds which last longer, eventually precipitate and remove this substance from the atmosphere. But, unlike the antarctic, clouds around the arctic contain water and nitric acid. Nitric acid helps to mediate ozone deterioration by lowering the amount of chlorine within the atmosphere, but scientists stress that this may eventually change as the temperature within the upper atmosphere drops.

Other Factors Which Contribute To Ozone Depletion

Back in the 90s, scientists discovered the fact that bromine compound and man-made chlorine compounds were the major causes of ozone depletion. Multi-billion dollar companies produced chlorine compounds as well as chlorofluorocarbons of CFS for short, to be used in solvents, aerosol sprays and refrigerants. While firefighters across the world, utilized halogens which feature bromine to extinguish fires. Fortunately shortly after this was discovered, the manufacturing of CFC was stopped as a result of the Montreal Protocol Mandates which was endorsed by several world leading counties.

This calls for the ban of CFC related emissions. Due to this ban, chlorine within the upper layer of the atmosphere is declining. This in theory, was supposed to lead to the ozone layer being able to recover itself, but as a result of greenhouse gas emissions this is not the case. Greenhouse gases, warms the earth’s surface, but cools the upper atmosphere. This cooling, promotes further formation of polar clouds which play a role in causing ozone loss. As such, more and more scientists have accepted that ozone recovery is significantly more complex and will take much longer to occur, than previously thought.