At elevated heights, the discharge of aerosol and granular materials impact the natural atmosphere emissions that result in the formation of cirrus clouds and increased persistent contrails. Air travel from New York to Los Angeles and back delivers about 2,000 pounds of carbon dioxide into the air. In a year air travel emits 600 million tons of carbon dioxide into the atmosphere. Two thousand fifty frequent flights estimate it will influence the global climate. According to research conducted by Americans and German scientists, contrails can cause warming of the atmosphere. However, their effects are low compared to some greenhouse effects, although it is anticipated to rise by a factor of six in the next half of a century. 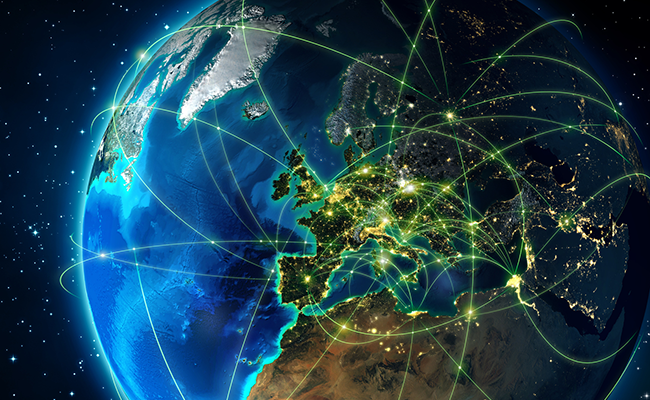 The scientists stress the fact that their research only accounts for the bold contrails that can be observed. Slender contrails and contrails that have converted into natural-appearing cirrus clouds influence climate, but their effects cannot yet be anticipated. The other factors that affect climate include converging contrails, natural cloud cover, and size of the ice granules formed in them. Further research is required to determine the full extent of how contrails coverage influences climate change explicitly. Multiple studies conducted by scientists indicate that air traffic causes chemical changes and enhances the climate.

The United Nations Scientific Organization has the most extensive accepted evaluations. Most of the ozone tendencies have been observed by the United Nations Environment Programme and the World Meteorological Organisation. Distribution of contrails is not considered to be even, though they are mostly focused on parts of the US and Europe where warming reaches to about 0.7watts per square meter or 35 times the global average.

In accordance with scientists from NASA white contrails caused by planes and rockets could be contributing to global warming. Contrails mostly turn into cirrus clouds which are a type of cloud that consists of ice crystals. Typically found in heights of about 20,000 feet. Clouds have the attendance to aid in the cooling of the globe preventing global warming. However, thin cirrus clouds trap heat, they absorb more heat than they bounce back.

Contrails are clouds created by humans in the sky, where it is usually cold they form because of moist air and heat from moving aircraft. Contrails can exist for long periods, even longer than a day. Although because of the strong wind they move. Commercial air crafts fly at an elevation of about 8-13km. The discharge from such air traffic can adjust the atmospheric make-up. They affect it directly by discharging CO2, nitrogen oxide, H2O vapour, hydrocarbons, soot, and sulphate granules. They also affect it indirectly by a synthetic reaction chain equal to smog- formation the O3 gas ozone can be formed.

Nitrogen oxide in the reaction acts as the catalyst in the presence of sunlight. Formation of methane can be present due to the response, it is a greenhouse gas. Examples of greenhouse gas include CO2, Ozone, and moisture when they increase so does the warming effect. When methane decreases, it leaves a cooling effect. Substances like sulphate granules or soot have a cooling effect. Cloud cover increases due to contrails formed through the discharge of granules and moisture in the troposphere—reactive materials from the nozzle in extreme temperatures. The oxidation process increases the amount of H2SO4, and soot granules chemically activated by absorption and heterogeneous binary nucleation of SO3 and H2SO4 in the presence of H2O. This leads to the development of a partial liquid H2SO4/H2O covering. When further cooling occurs, volatile liquid H2SO4/H2O drips formulated by heterogeneous binary nucleation. The aerosol in the air increases in size by coagulation and condensation process. Soot improves the covering and forms a mixed H2SO4/H2O-soot aerosol.

Clouds have an advanced part in the earth’s radiation process. Low clouds bounce back most of the sunlight while they experience little discharge energy. Low clouds cool the climate while high clouds trap more of the energy discharged by the surface.

The atmospheric impacts of aviation projects

In the past decade, NASA has hosted conferences on this subject. Multiple researchers around the globe attend yearly. In 1997 researchers from NASA introduced evidence that confirmed contrails contribute to global warming. Especially in areas which are frequented by heavy air traffic. A session held by Fred Singer argued the point that the rise in air traffic in the past two decades was to blame for warming over North America. The Atmospheric Effect of Aviation Projects consists of two primary efforts to evaluate the impacts of aircraft on the atmosphere. The high-speed research program at Langley supports the Atmospheric Effects of Stratospheric Aircraft. They study the implications of future fleets of high-speed civil transport aircraft. The subsonic assessment program involves the study of effects introduced by subsonic aircraft fleets. Which is supported by Advanced Subsonic Technology? Their main objective is to evaluate the effects of subsonic and supersonic aviation, especially commercial aircrafts cruise emissions.

In recent times conspiracies and gossip have spread, suggesting that the government is conducting classified military research on the atmosphere to combat an unknown threat. Comprehensive reports about suspicious activities in the sky left by low flying aircraft and spray lines creating patterns. People sensing strange smells and taste have come forward, even people claiming to have illnesses related to the trails. The conspiracies have gained popularity from multiple sources like radio talk shows, the internet. The government has received numerous emails and phone calls from concerned citizens demanding to be told what is being sprayed and why. This led to the publication of a sheet explaining the formation of contrails to ease the tension in public. Before this, the air force tried to refute the claims of the conspiracy, but it bore no fruits.

Through this publication, we learn that air traffic has caused global warming at an alarming rate. The search for alternative fuel should be the focus to prevent so many chemical reactions from destroying the atmosphere. Measures should be implemented to favour the environment to flourish. The ozone layer is an essential part of the earth with various benefits like protection from direct solar radiation and preservation of life as we know it on the planet.